Wendy Williams Reportedly Rushed To Hospital After Being Found Drunk Amid Reports Of Husband’s Love Child! 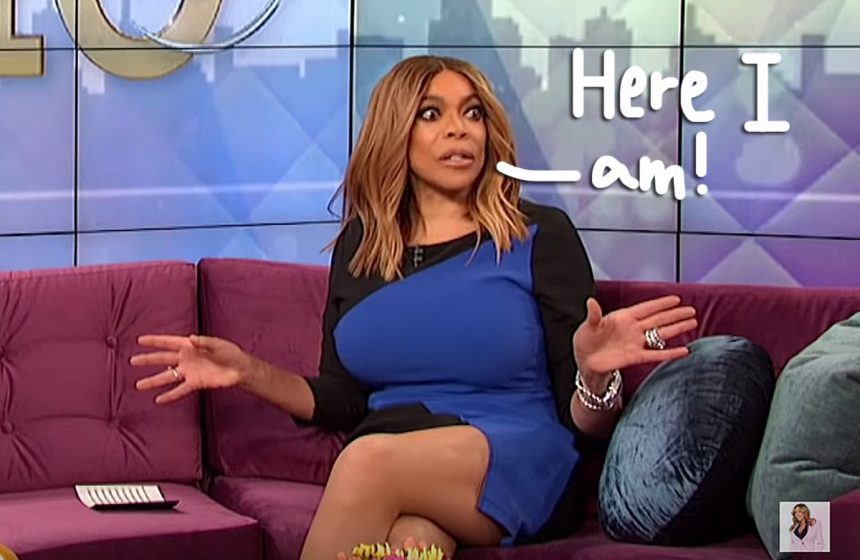 The daytime host was reportedly rushed to the hospital on Monday after her team found her drunk — a relapse that was apparently triggered by the birth of Kevin Hunter’s alleged love child with his mistress Sharina Hudson — and gurl still showed up to work the next day!

According to DailyMail.com, the 54-year-old went back to her sober living home in Long Island City, Queens after taping her show on Monday, only to check herself out and go on a bender. A source told the outlet:

“She was in a bad way and disappeared from the studio after her show Monday. She went back to the sober house only to check herself out and decided to start drinking. It’s not clear where she went but she headed in the direction of her home in Jersey and managed to find alcohol along the way.”

The source said that the TV personality’s sober coach, who had been by her side 24 hours a day, sounded the alarm, causing “panic and concern” to break out in her studio.

Related: Wendy’s Husband Speaks Out On Her Sobriety

Thankfully, Wendy was eventually found and taken to the hospital. The insider explained:

“Word got back to the studio and there was panic and concern, everyone was looking for her, no one knew whether there would be a show today. She was eventually found and was drunk, she was immediately taken to the hospital.”

The host didn’t let the relapse stop her from hosting her show the following day. She did, however, need some medical assistance to get through it.

It’s said Wendy was given a “banana bag” — a bag of IV fluids containing vitamins and minerals that help sober a person up — to help her tape her show on Tuesday. The source added:

“Wendy was in a bad way so everyone was amazed that she made it in to the studio this morning to do the show.”

Never one to let her personal drama get in the way of gossiping about the drama of others, Wendy seemed more than fine throughout her Tuesday episode. But she’s still said to be wrecked over the news of her husband reportedly getting someone else pregnant.

As we reported, Hunter’s massage therapist mistress is said to have given birth to a little girl last Wednesday. Per reports, she was discharged from Hahnemann University Hospital in Philadelphia on Sunday.

The following day, before she went missing, Wendy was spotted leaving her sober house WITHOUT her wedding ring on. The ring magically re-appeared on her finger by the time her show aired, though… 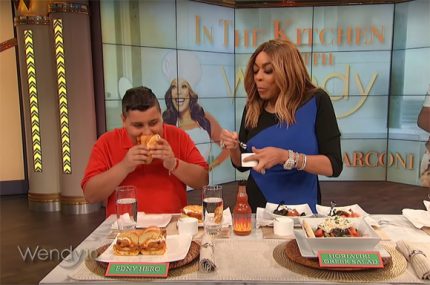 It was the perfect day for a food segment. / (c) YouTube

The DM source says the host is keeping her ring on during filming until she figures out what to do with her messy domestic situation, but has made a habit of taking it off once she’s outside of the studio. The insider dished:

“Wendy is considering divorcing Kevin. She’s really distraught over the situation, she knew about Sharina but didn’t think a baby would arrive, she didn’t think Kevin would go this far, she’s lost and everyone is worried for her.”

With good reason. Last week, the outlet reported that Wendy had been living in a sober home for a prescription drug and alcohol addiction after supposedly learning that her manager husband was still seeing his side chick.

Talk about a double whammy.

Hunter is reportedly insisting on continuing to juggle both women, so we’ll have to see if the 54-year-old star stays by his side or decides to make a run for it.

Either way, we hope she gets the help she needs.

[Image via The Wendy Williams Show]

The post Wendy Williams Reportedly Rushed To Hospital After Being Found Drunk Amid Reports Of Husband’s Love Child! appeared first on Perez Hilton.